Lexi and her pups 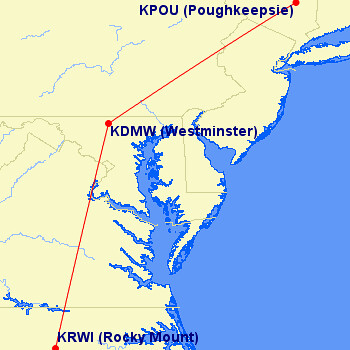 As told by Pam, rescue volunteer

was found at a busy intersection the first of Feb.  A person picked her up and took her to the door of the home where she came from.  The family had decided that they did not want her any longer since she had grown larger than they were told she would.  They had put her outside a few months earlier.  This same weekend, a southern snowstorm was on its way to NC. The family said they were planning on calling animal control on Monday to come and pick her up, just leave her outside.

A friend was contacted about and she contacted me to see if I could take since she was pregnant.  Because of the snow, I was not able to get her as quickly as I would have liked, especially since she was not in my area.  Another person was able to take and give her a warm place out of the snow storm until roads were better and I could pick her up within a few days.

When I first got , she was very scared and would cower down when approached.  It was obvious that someone had been mean to her.  I found out later that the family that had her was using a broom to beat her away from their front door.  There was another stray in the area with her that she became best friends with and he was probably the daddy of her pups.  They had not been feeding her, so the neighbors were or she was raiding garbage cans, etc.  Considering where she was, it was amazing that she did not get hit.

stayed in my puppy den where it was nice and cozy, and occasionally would join my pack of 8 dogs in the house with us when we were home. She slowly learned to trust humans again and we were able to pet her, and she would take naps next to us on the couch.  She learned to love getting brushed.  Finally after 3 weeks she started “popping out” pups on a Saturday.  After about 10 hours she had given birth to 8 beautiful pups. She was so busy for the next few weeks that she didn’t want to join us in the house in the evenings so we would sit with her and her pups to keep her company. By the time the pups were 3 weeks old, she was starting to get tired of them and wanted to be with us more. By 4 weeks, I was helping her to wean her pups and by 6-7 weeks, she was done and turned the job over to me.  continued to supervise and help me as needed.  Vet said she may be close to a year old but not over.  So young, but was one of the very best moms I ever had.

Thanks to Ann with Animal Rescue Foundation in Beacon, NY, will now be able to find her forever home where she can cozy up to her humans and take naps on those cold, winter evenings in the north.  She will have meals without searching for something to eat and will receive lots of love which she will return a hundred times over.  Her puppies will never have to experience hunger and fear.   ARF will make sure their wonderful life will continue in their new forever homes with their very own family.  will have no more worries..

Thank you ARF for your willingness to complete the process of helping and pups find their forever homes.  Thank you, Michele, John and Dean for giving them their “grand adventure” of flight.